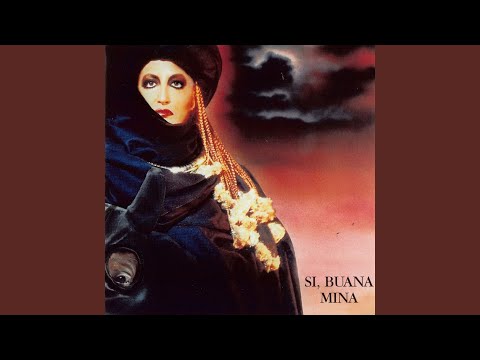 Good Morning Guardians,
Hope you’ve been having a blast on the Track or singing under the Rainbow in the strikes.
I have tried to put together an all inclusive list of everything new for us to do this Festive Season
As ever, if I have missed something, please feel free to let me know so I can add it in
 The Calm before the Dawn
 For the Record - Competitive Spirit Record Book
The new Record book for ‘The Dawning’ update – The book is split into 2 pages, one for Sparrow Racing and one for the new Strikes
Page 1: Sparrow Racing
Page 2: Vanguard Elite
Book Rewards – Image to show rewards page
The ‘Tags’ (Amanda, Xur, Saladin) are used to open up the BIG GIFTS which are found at the entrance of the old Iron Banner location in the Tower (Just behind the Bounty Robot)
Saladin and Amanda Gift Boxes may be opened at any time after receiving their Tags from the Competitive Spirit Record Book, the Xûr Gift Box may only be opened after Xûr has appeared in either the Tower or the Vestian Outpost.
PLEASE NOTE
It would appear that the Xur Gift can be opened AT ANY point after receiveing the Tag. A very happy Glitch it seems
 ”If you’re not first, you’re last” – SPARROW RACING
With the return of Sparrow Racing, all Destiny: Rise of Iron players are invited to complete the "Speed Kills" Exclusive Quest, which may only be obtained during The Dawning. Once the Quest has been received from Amanda Holliday in the Tower, it may be completed after The Dawning concludes on January 3rd, 2017 at 01:00 AM Pacific Time. – As per Bungie
Once you complete both of the missions from the quest, head back to Amanda Holliday at The Tower to claim your reward. You’ll get the S-41 Poison Apple Sparrow as your reward
Rewards
 Road Rash
 In Rainbows – Strike Scoring
 Strike Medals
Medals marked with a single asterisk (*) count for 'All the Medals' in the record book.
Medals marked with a double asterisk (**) do not count towards the "Arsenal of Light" bounty, the get subclass super kills bounty.
For more info: Bungie Help - Vanguard Elite Support
Thank you to u/nitsujcm4 who wrote this up originally on this post
 Strike Rewards
Returning Strikes
Strike Specific Loot RETURNS for the new Strikes
 Lords of Light
With The Dawning, 2 NEW exotics join the fold – NOVA MORTIS (VOIDLORD) and ABADDON (FIRELORD). Below is how to obtain them -
Completing the Nova Mortis Instantly starts the marker to the next Exotic, Abaddon (Below)
 XUR
 FAQs / CONFIRMATION REQUIRED / MISC
This years version of the gear starts at Level 3 and is infusable. Last years, was not (Except Helm and Class Item)
 Eververse
 Treasures of the Dawning
Treasures of the Dawning are in-game Mystery Bags which grant The Dawning and SRL themed rewards. Players may earn Treasures of the Dawning by completing The Dawning and SRL Quests and Activities. Treasures of the Dawning may also be purchased directly from any Eververse Trading Co. storefront for Silver.
Treasures of the Dawning will continue to be available to be earned as well as for purchase following the conclusion of The Dawning Live Event, and contain the following:
Guaranteed
Players will receive one out of the following items from every Treasure of the Dawning:
Exclusive Chroma Armour - Reprised Destiny armour reinvented to utilize Chroma materials.
Legendary Sparrows - Sparrows new to the SRL 2016 season.
New Weapon Ornaments - New Exotic Weapon Ornaments not previously available in Destiny.
Preview of Spindle, Last word & Ice Breaker Ornaments
Possible
Players may receive any of these additional items when opening a Treasure of the Dawning:
Bonus
Once claimed, these items may be recovered from their respective Collections in the Tower.

This is an attempt to compile all the issues the community has been finding in 2.1.0. Bungie has acknowledged a few of the problems:

UPDATE: Patch Notes have been updated to reflect actual values of Auto and Pulse changes

Legend
Items
Weapon Balance and Sandbox
SRL
Quests, Bounties, and Progression
King's Fall Raid
Technical Errors
Misc
 Changelog
 Reply with any additional information or corrections and I'll try to keep this as up to date as possible!


Please refrain from complaints about the quality of the patch or game in general. It's hard enough to keep up with all the comments of genuine bug reports. Thanks for your help and cooperation!